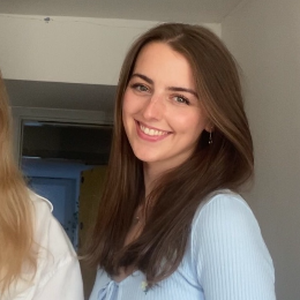 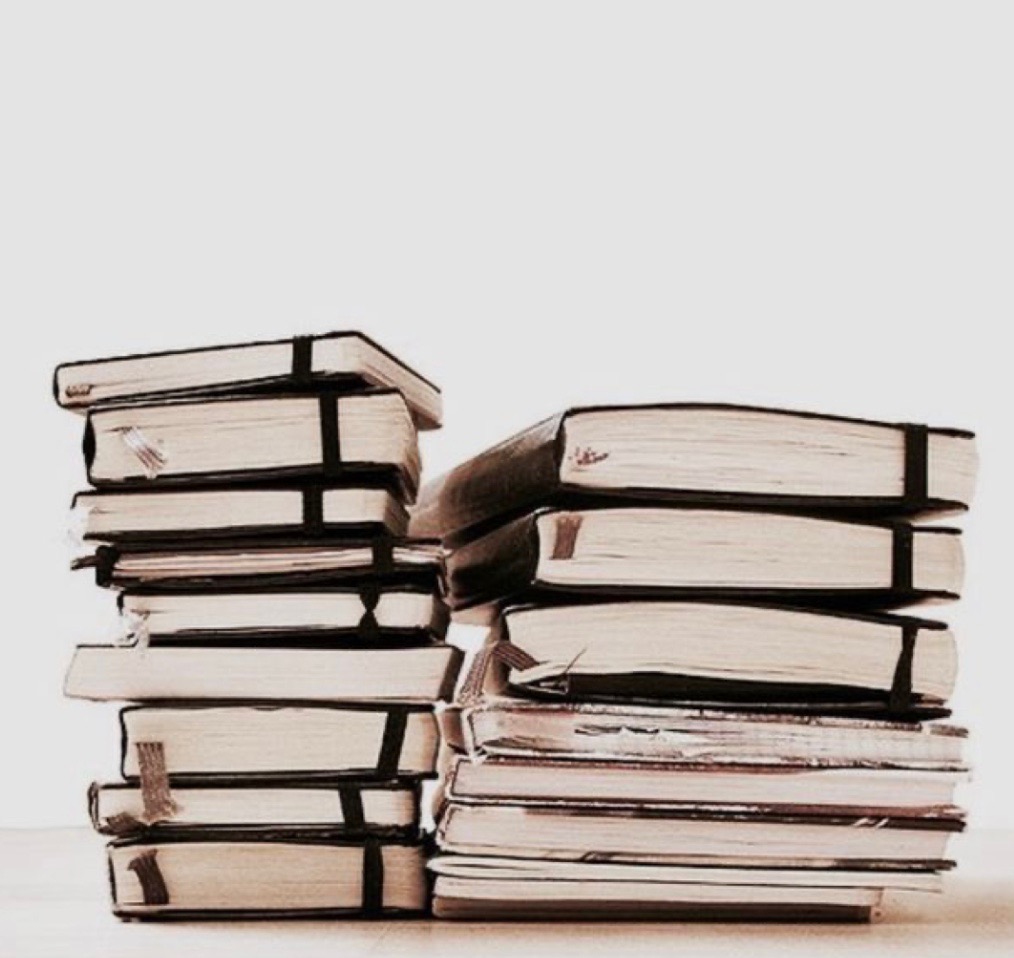 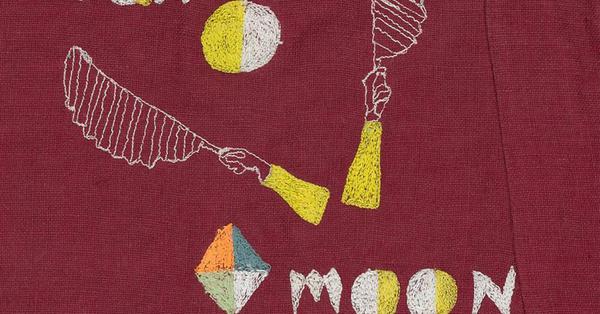 is an English folk and lo-fi multi-instrumentalist based in Bristol. Having played a variety of festivals in her time, she has just released a new song ‘Moon Sails’ This is the first release from future album ‘Kaleidoscope’ due to come out by 14th October this year. ‘Moon Sails’ is a gentle mix of soft guitar and blissful bass notes, cultivating a smooth, effortless track. Rachael plays with free-form in a creative, wild, and free-spirited way that leaves it carrying a magic-like quality throug 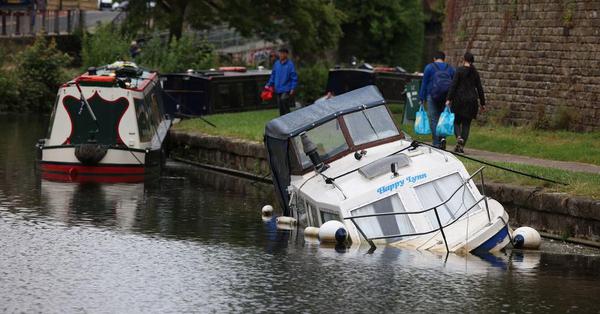 A half-sunk canal boat has been causing concern for residents in Lancaster after being left abandoned for over three months. Despite reports about the boat being more than two months ago, the issue remains undealt with. According to a local business owner the boat was owned by a former homeless man, named Andy, whose brother bought him the boat, named The Happy Lynn, as a means of getting him off the streets. Tragically, Andy was supposedly on his way to Preston for his father’s funeral, when i 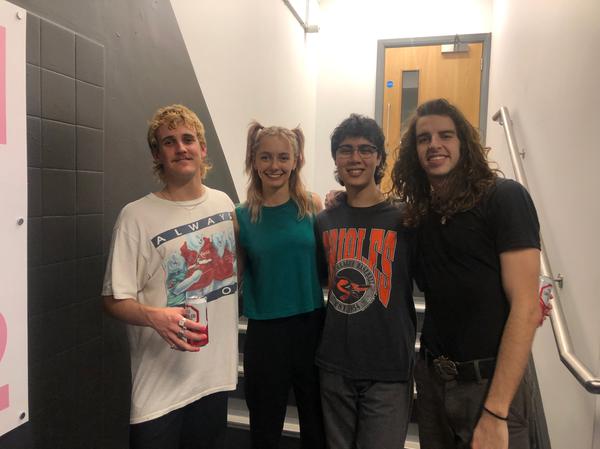 played their sold-out 250th gig at Manchester Academy 3 and it was magnetic. The atmosphere was delightful as everyone waited in anticipation for the band to appear. The music venue was packed full of fans and the support was from Morgan-Harper Jones who played some lovely acoustical guitar tracks. Their first time playing in Manchester after Covid, frontman Caleb Harper stated “our parents are losing their minds that we’re across the pond”. The Australian band wasted no time in getting stuck i 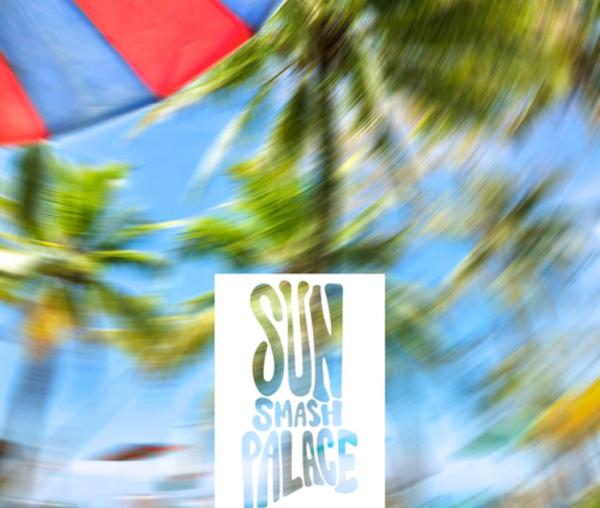 Sun Smash Palace release hip new single ‘Do You Know What I Mean?’

The infectious character of this song is optimistic and cheerful, beginning with a blues-sounding bass, moving into rather warped guitar riffs and finally a smooth vocal element is extremely pleasant and refreshing to hear. Full of nostalgia, honesty, and emotion, the addictive melodies of ‘Do You Know What I Mean?’ and sunny beach rock vibes help to produce a distinctive sound that mixes old and new. Heavily influenced by The Beatles and The Growlers, the single shares similarities with the so 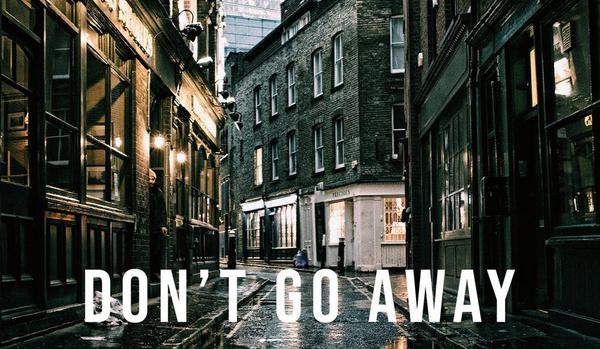 is making memorable riffs and electric sounds. Celebrating the release of his new single Inspired by The Jam, Arctic Monkeys, Paul Weller,, Cian Downing injects his songs with pleasant, electric elements of ‘60s soul music. There's definitely an overriding '80s British Mod impression flowing through the track with belting atmospheric beats, that add to its character. Basing most of his songs on real-life experiences and current events in the world, allows his music to be relatable and honest, 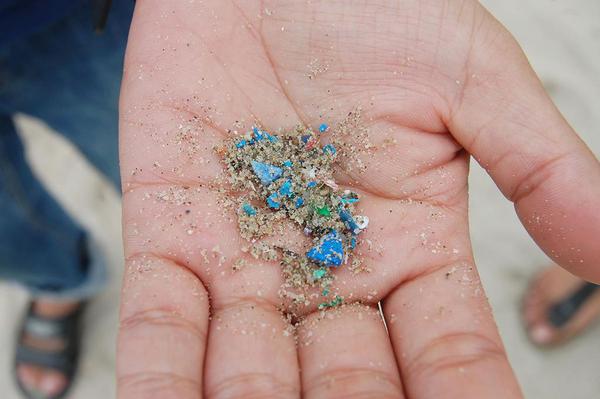 Scientists have recently discovered an alarming concentration of plastic particles in blood samples of 22 donors. In a new study published in the journal of Environmental International, authors have found plastic particles in 80 percent of the 22 participants that were tested. There is overwhelming evidence that suggests humans have inevitably been exposed to microplastics over recent years, whether that be through ingestion of food and drink or the air we breathe. In light of this discovery, li 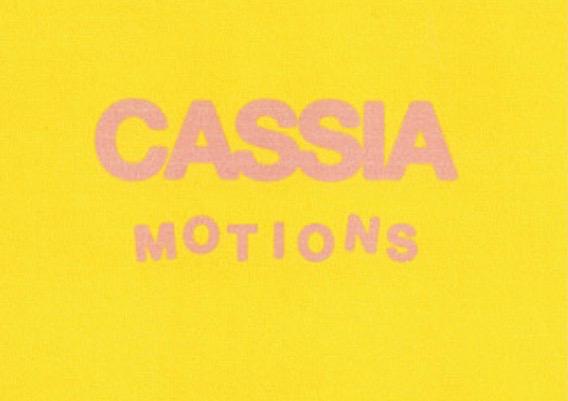 has just released a catchy new single ahead of their upcoming album, ‘ It is a rather thoughtful and contemplative track and one that addresses the complexities of time. The track coalesces around the notion of the unrelenting passing of time, the universal worry that life is too short, and the fear that you aren’t spending your life the way you should. ‘Motions’ offers a counterpoint to this fear by reassuring their listeners that they are not alone with their thoughts and anxieties, all thro 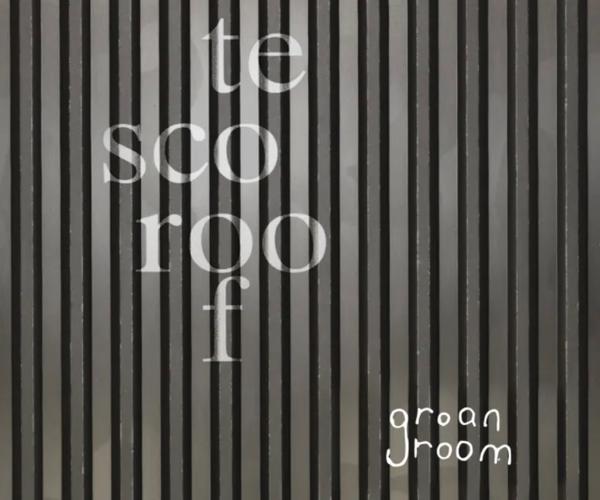 Groan Room are a Salford-based band made up of four musicians. The alternative rock band graced the music scene catching my attention with tracks called ‘Greasy Thumbs’ and ‘All and Oates’. Now they’re back with a new single called ‘Tesco Roof’. Back in March 2020 the band were given the chance to go to Abbey Road Studios to record their debut three-track EP. ‘Tesco Roof’ appears to be more nostalgic, melancholic, and more soft-rock. Most of the bands songs seem to look back on teenage years, r 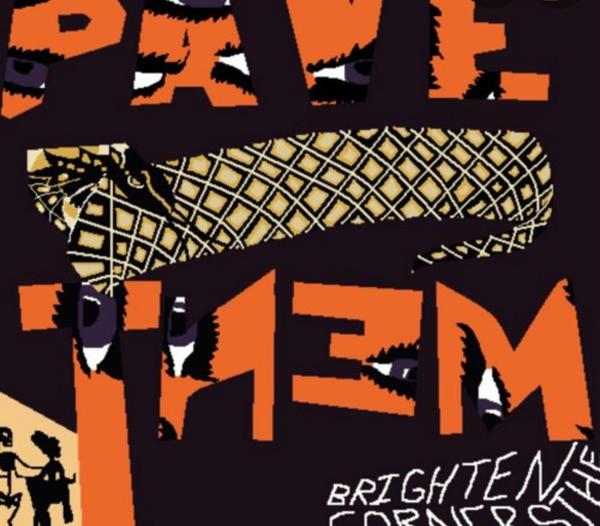 Pavement make a comeback with video for track ‘Harness Your Hopes’

have just released a new music video for their dearly loved B-side ‘ ’ that was released on their 1999 EP ‘ With a summer tour set to begin in June, what better time than now to un-dust this old classic with the release of an accompanying music video. In the video, Yellowjackets actress Sophie Thatcher features as a fan attempting to unravel the clues of what Pavement is. Giving a full 90s revival, the video offers a brief history of the band and their past music videos allows for a new gener 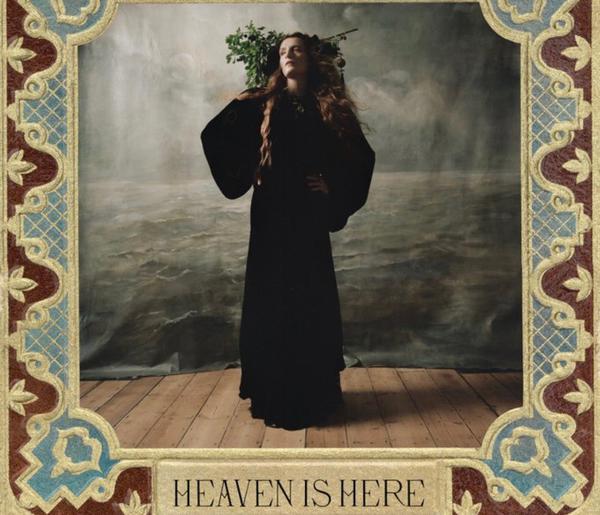 Channeling ‘Drumming Song’ from her 2009 album ‘Lungs’, Florence + The Machine is back with a new single ‘Heaven Is Here’. The uncertainty of lockdown hasn’t slowed Florence down as she grapples with emotions of euphoric joy, grief, and fury in her new single. Written with contemporary dance in mind, ‘Heaven Is Here’ combines elements of Florence’s expressive style and sparse sounds, whilst being heavy on percussion with an acoustic guitar. Abandoning the rigid and adopting the unconventional, 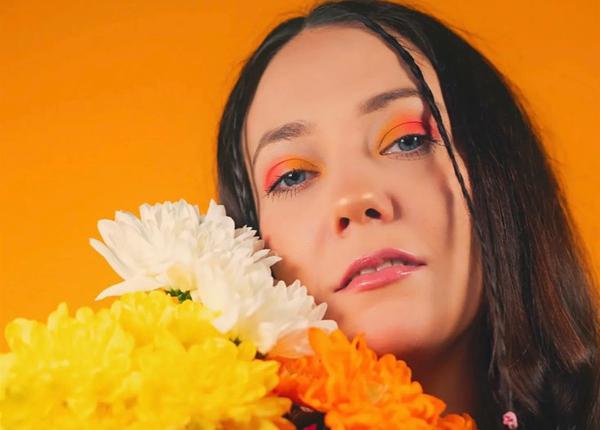 An Interview with London based singer-songwriter Amie Jay

is set to release a new single called ‘ . An alternative pop artist who started out combining writing, poetry and music at the age of five, Amie Jay has finely tuned her sound to focus on conveying feeling and intention through her musical stories. She draws inspiration from Her raw and honest ability to deeply connect with her listeners is through the emotional intensity she pours into her music. The use of emotional topics and themes is expressed within her lyrics to convey authentic feeling 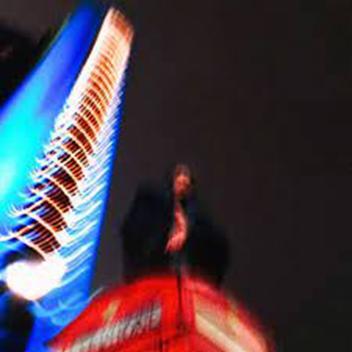 Mall Grab ‘Grabs’ Our Attention With His New Single ‘Metaphysical’

has been going from strength to strength whilst expanding the dimensions of the music industry as he goes. With his genre-bending hits, the singer has been releasing massive tracks filled with heavy bass lines and elements of electro and techno beats. His contemporary dance music style is addictive, experimental, fresh, and high-energy. First emerging onto the electronic scene in 2015, Alexander has developed his ability to move across genres with his dynamic DJ sets. His style has grown over t 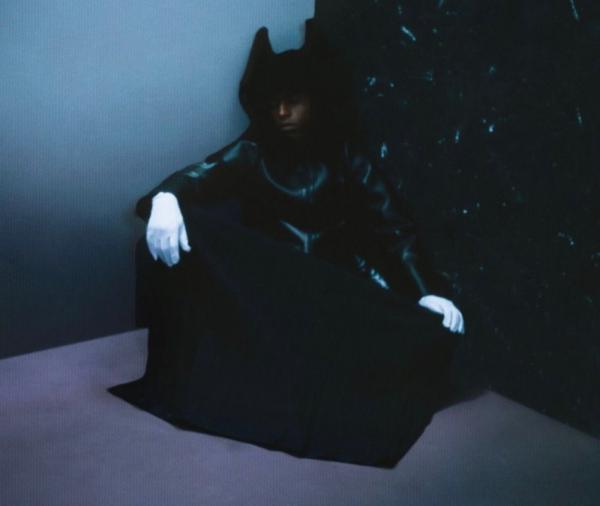 Arriving on the music scene in 2015, 28-year-old , an artist from Camden Town, London has been producing hit after hit. Since his debut single ‘Big Dreams’ back in March 2017, followed by ‘Small Town Girl’ his fan base has grown exponentially. Bakar has returned in 2022 with his studio debut album called ‘Nobody’s Home’, his best work to date; it is deep in its lyricism, yet playful in its melody. The opening track ‘Noun’ conveys honesty and vulnerability throughout, setting the tone for the 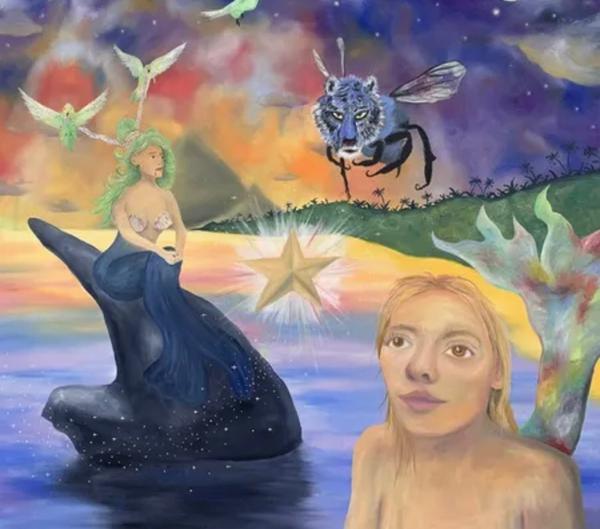 is a distinctive artist to watch as she paves an enchanting new path within the music industry. The 24-year-old has just released an exciting new single called ‘It’s Random’ ahead of her official EP release ‘Comfortably In Pain.’ She explores her state of mind throughout the pandemic and it’s clear that she grapples with issues of the monotonous every day and the aimless, uninspired state of mind. Jar started writing it at the beginning of lockdown and finished it when restrictions began to eas 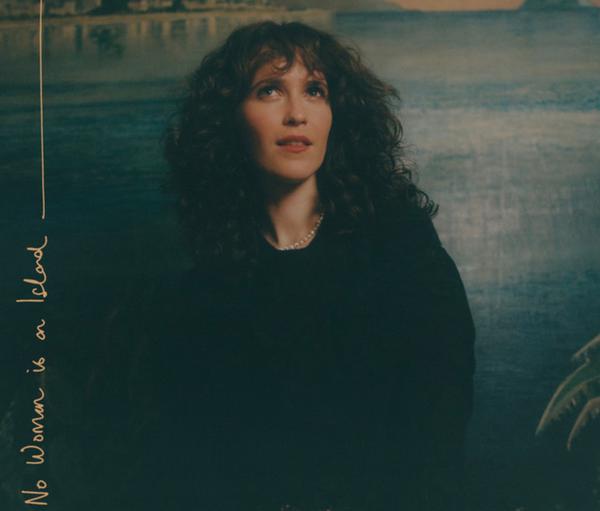 makes a comeback, surprising her fans with a new single ‘No Woman Is an Island’. Morris captures independence, femininity, and the notion of forging your own path in the world with her single ‘No Woman Is an Island’. She encapsulates the complexities and juxtapositions of modern life with her full-hearted lyrics, elegant strings, and graceful tone. It’s clear she has had time to address the untangling of previous experiences within the music industry and she tackles sexism head-on with this ne 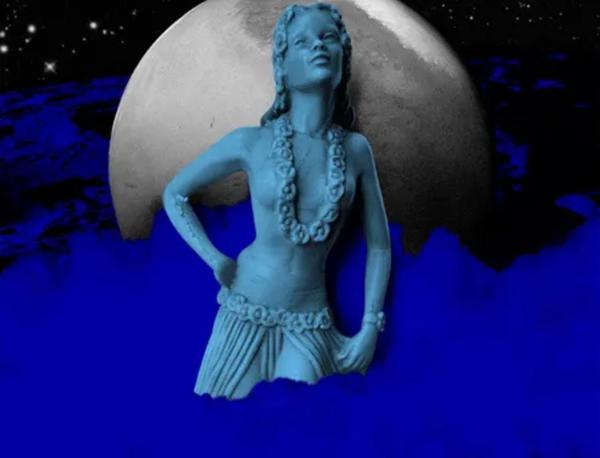 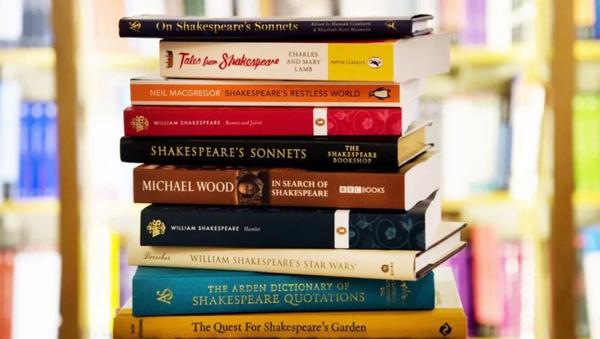 It’s March 2022... Is The Winter’s ‘Tail’ Behind Us - Is Shakespeare Outdated In Today’s Classroom? | Rock And Art

Shakespeare… To teach or not to teach: that is the question English teachers are deliberating cancelling Shakespeare due to his unwoke attitudes on race, sexuality, gender, and sophistication. They are also using his plays to lecture on topics like toxic masculinity and Marxism. An increasing number of academics are refusing to teach Shakespeare in the U.S. and Canada – stating that his work promotes and encourages thoughts on racism, white supremacy and class – and intend to revise the curric 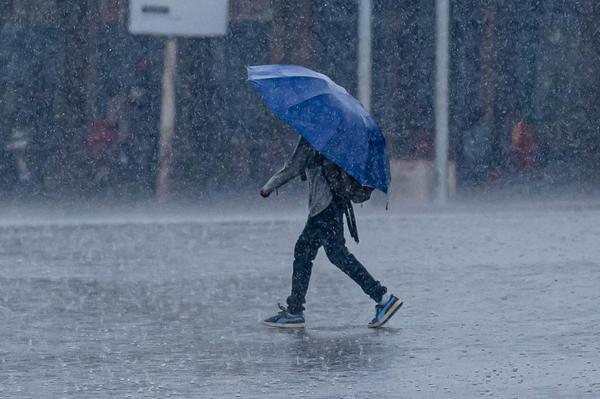 Excessive rainfall is triggering disastrous consequences for our economy. The socio-economic deterioration and loss in our lives, communities and nationhood is rapidly increasing as a result. For decades, many have debated how climate change and conditions have influenced the qualities of societies and the overall functioning of economies. Research has brought to light key connections in cohabitation between these complex systems of human and the natural. Demonstrating profound effects of climat

Is Rape Culture A Growing Issue Within Our Music Scene? | Rock And Art

With covid restrictions easing and lockdown becoming a memory of the past, our music scene has been expanding rapidly with a reopening of live music events. Unfortunately, reports of inappropriate contact and advances from strangers have risen since festivals, gigs and nightclubs have been given the green light to safely reopen. This growing issue requires our immediate attention in order to raise awareness and stay safe. It is unfortunate to think that we may have become numb or desensitised t
Load More Articles
Close ✕

My inbox is always open, you can contact me with the contact form here or with the details below: